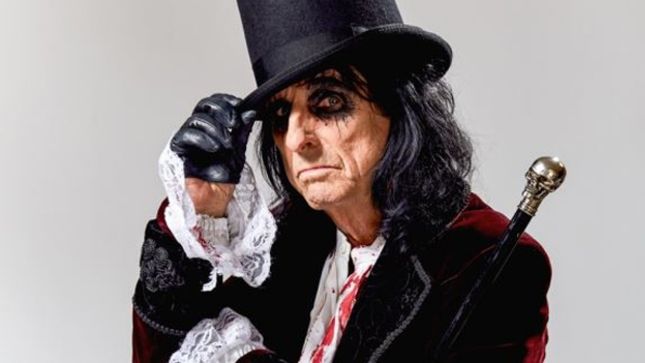 Detroit's WRIF radio station recently caught up with shock rock legend Alice Cooper, who discussed the making of his Breadcrumbs EP, new single "Don't Give Up", and working on his next studio album. He also talks about guitarist Nita Strauss, reveals his childhood idol that left him starstruck.

On his favourite Alice Cooper albums:

"That's like picking your favourite child. They all have such different personalities. I was listening the other day... the band records Love It To Death and Killer were real Alice Cooper albums, and then we got really produced with School's Out and Billion Dollar Babies. I'd say musically, From The Inside or Welcome To My Nightmare were the two, I'd say classic, things that Alice did. As a rock band, I think Killer would be the real rock album."

Alice Cooper has released his new single and video for ”Don't Give Up”, produced by Bob Ezrin (Pink Floyd, KISS) using remote technology and it's a spontaneous reaction to the challenges facing us all right now. Alice Cooper felt the need to talk directly to his fans from isolation in his home where he is working to finish his upcoming album. It's Cooper's shout-out to keep our heads high, to stay strong, and to fight back together.