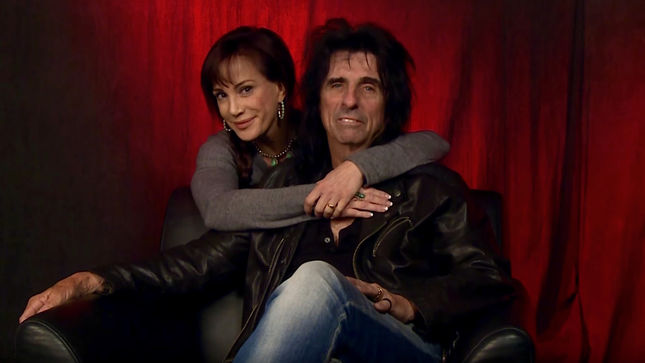 In the latest instalment of Ask Alice, Alice Cooper talks about how he met his wife, Sheryl, who has a few comments of her own. Watch Episode #21 below:

Fans of Alice Cooper know there are some aspects to his live shows that they can expect, including a hard rocking performance of horror theatrics; however, following Alice's customary execution via guillotine at his recent Nashville concert on May 14th, fans were treated to something rarely seen since 1975. The stage went dark, and the original band, including bassist Dennis Dunaway, guitarist Michael Bruce and drummer Neal Smith reunited to perform five classic songs with Alice. This followed the recent announcement that his forthcoming album - Paranormal, out July 28th on earMUSIC - will include two new recordings featuring the original lineup.

Joined by current band member Ryan Roxie filling in for the late Glen Buxton on guitar, the band ripped through "I'm 18”, "No More Mr Nice Guy”, "Muscle Of Love”, “Billion Dollar Babies" and then closed with "School's Out”, bringing back current band members drummer Glen Sobel, bassist Chuck Garric, and guitarists Nita Strauss and Tommy Henriksen for a grande finale (fan-filmed video below).

The following day, the original band was honored by The Music Business Association at their annual convention, with an award for their historic achievements. The award was presented to them by Bob Ezrin, who produced their iconic albums Love It To Death, Killer, School's Out, and Billion Dollar Babies as well as many subsequent solo Alice Cooper albums, including the forthcoming Paranormal. 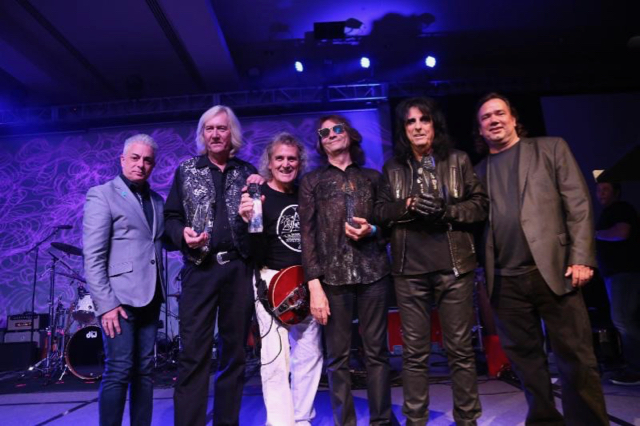 Alice Cooper is on tour throughout 2017. Full North American tour dates below.