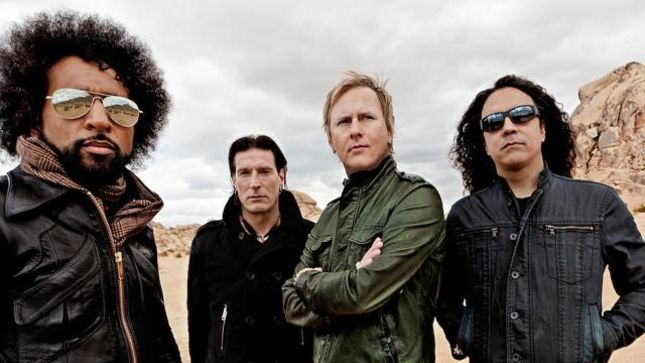 Guesting on 101 WRIF's Meltdown, Alice In Chains guitarist Jerry Cantrell discussed the band's current album / tour cycle for their latest album, Ranier Fog. Following is an excerpt from the chat.

Cantrell: "Album cycles for us generally are about three or four years long. When we're done with a tour, we usually take some time for ourselves, and then you probably won't see us for a while because we'll take some time off. And then we'll probably start writing some music and recording it. That usually takes a couple of years. And then we'll put it out and then go rock it for a couple of years. We're coming to the end of the cycle. It's been a great run. We made a really great record that we're proud of, and people have responded to it really positively. We've gone around the globe a few times already; this was basically our second trip around everywhere."

Alice In Chains recently released the tenth and final episode of their special Black Antenna movie project, produced and directed by filmmaker Adam Mason. Inspired by the sound of the band's Rainier Fog album, Mason has created a stunning 90-minute sci-fi thriller which will be rolled out in ten episodic segments/videos. Watch all segments below: