ALTER BRIDGE Singer MYLES KENNEDY On The Last Hero Album - “The Trick Was Not To Get Too Directly Political, Because All That Does Is Piss People Off”; Video 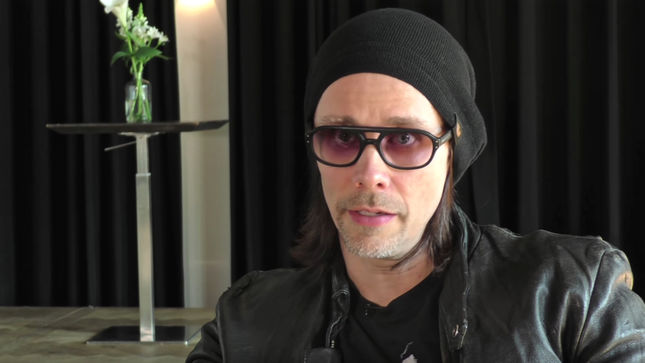 For Myles Kennedy, lead singer of American rock band Alter Bridge and frontman for Guns N' Roses guitarist Slash's solo project, inspiration for songs isn't hard to come by these days. For one, his home country is engulfed by a controversial presidential election race and an ever-increasing social divide.

However, Kennedy insists that the band's fifth album The Last Hero is not a political record. “The trick was not to get too directly political, because all that does is piss people off,” he tells FaceCulture. “One of the key emotions a lot of people seem to be feeling is disillusionment, and what I try to do as a lyricist is touch on these emotions.”

Check out the video interview below:

Alter Bridge’s fifth studio album, The Last Hero, is scheduled for worldwide release on October 7th via Caroline Records in the United States/Canada and Napalm Records throughout the rest of the globe. Alter Bridge recorded the track ”Breathe" in 2004 for One Day Remains, but it went unreleased... until now. The track will be included as a bonus track on the Best Buy edition of The Last Hero. Listen to a sample of the track below:

The Last Hero is now available for pre-order via iTunes, Amazon (widget below) and Google Play. Fans who order the album will receive an instant download of the debut single “Show Me A Leader”. Order the Best Buy edition here.

The album will be available in various fan bundles at Alterbridge.com/store and fans can get exclusive early access to the band’s ticket pre-sale by pre-ordering any item in the store.

“Poison In Your Veins”:

“Show Me A Leader” video:

“Show Me A Leader” lyric video:

Alter Bridge are out on select US headline dates in support of The Last Hero.

Alter Bridge have announced their long-anticipated return to Europe. Their biggest headline shows yet, the 24-date tour treks 15 countries and kicks off on November 4th.

Special guests include Danish rockers Volbeat, who just released their sixth album, Seal The Deal & Let's Boogie. French metal group, Gojira, will be giving fans a taste of their crushing new album, Magma, and up-and-comers, Like A Storm, jet in from New Zealand to get the party started.