ALTER BRIDGE - Walk The Sky Track By Track - "Wouldn't You Rather" 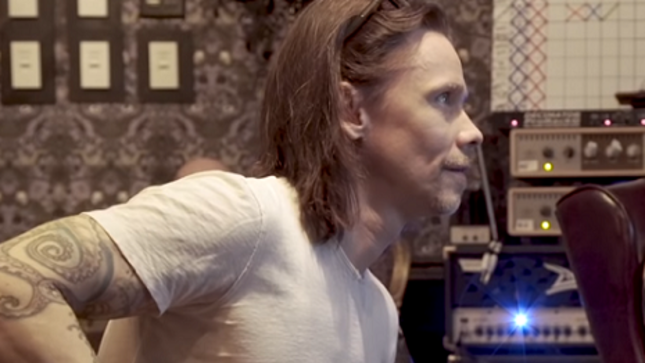 On October 18th, Alter Bridge will release their new album, Walk The Sky, via Napalm Records. In the video below, learn the story behind "Wouldn't You Rather", and take a peek inside the recording of Alter Bridge's first single from their sixth studio album.

From the opening vocal melody on “One Life” to the moving finale of “Dying Light”, Alter Bridge have created a formidable addition to their music catalogue. Songs like “Godspeed”, “Native Son”, and “Walking On The Sky” are sure to be early additions to the live set. “Forever Falling” also marks a lead vocal return from Mark Tremonti with Myles Kennedy taking the chorus as done previously on the Fortress favourite, “Waters Rising”.