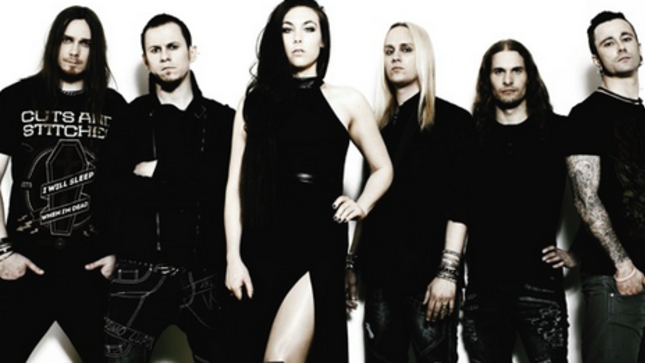 On October 2nd, Swedish pop metallers Amaranthe performed at Vulkan Arena in Oslo, Norway. Filling in for vocalist Jake E., who has taken some time off to be with his family, was Smash Into Pieces singer Chris Adam Hedman Sörbye. Check out the fan-filmed video below.

Note that Jake E.'s absence is only temporary.

Amaranthe will make their return to North America this fall for a headline tour. This marks the second time the band has toured through the US and Canada in 2015, when they headlined alongside their labelmates in Santa Cruz. On this run, fans will enjoy the full Amaranthe experience, as it is their headline run. The tour starts October 29th in Atlanta and runs through November 29th in San Jose. Butcher Babies will provide direct support. Lullwater will open the show. Tickets are on sale now.