ANDY B. FRANCK To Leave ALMANAC - "Now I Will Be Extremely Focused On The New BRAINSTORM Album" 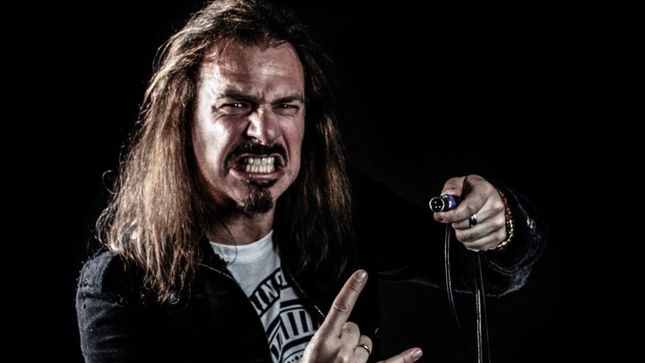 Says Andy: "After nothing less than three exciting and very interesting years in Almanac, playing several tours and festivals in Europe, I decided to leave Almanac. The project started with much promise and pleasure, but due to remaining private time-schedule problems I think it’s time for me to move on, not to stand in their way. So I’d like to thank all the bandmates very much for a great time and wish’em nothing but joy, health and success for all their upcoming plans in the future!

"Now I will be extremely focused on the new Brainstorm album which will be released in the fall later this year. Together with my friends in Brainstorm we will try everything possible to make it the best, most intense and heaviest Brainstorm album by far. Also followed by a big tour and many, many festival appearances!

"Anything else? Nothings confirmed so far, we’ll see...

"To those who became friends of mine and supported me over the years and to all metalheads around the planet, THANK YOU so much: you’re amazing… YOU ARE THE BEST! See you soon, stay wild and metal up your ass! Cheers."