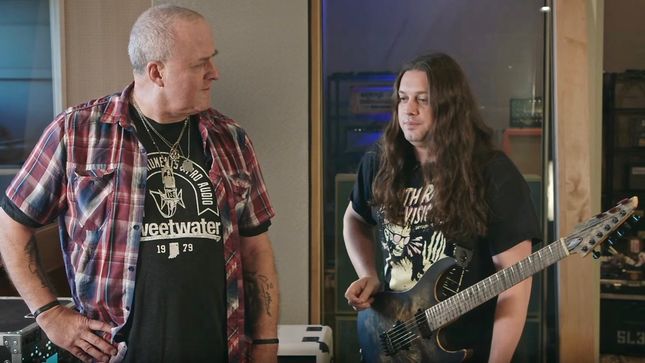 In this new video from Sweetwater, Nick Bowcott meets up with Jon Donais from Anthrax for an in-depth tour of his guitar rig:

Nick D'Virgilio joins Joey Belladonna for insights on their live performances from a singer's perspective:

Nick D'Virgilio joined drummer Charlie Banante for an inside look at his drum rig:

Nick Bowcott joined Scott Ian for an in-depth tour of his travel rig:

Anthrax performs next on October 4 at Rock In Rio 2019 in Rio de Janeiro, Brazil. Find the band's tour itinerary here.