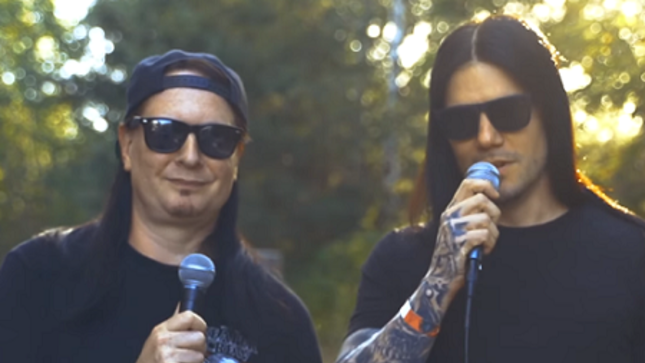 During Arch Enemy's recent appearance at the Full Force Festival in Germany, guitarist Michael Amott and drummer Daniel Erlandsson spent some time with Impericon, during which they revealed their top three choices in the following categories: records, concerts, movies, their own songs, drinks, actors, and foods. See for yourself in the video below:

"The World Is Yours"
"Ravenous"
"War Eternal"
"The Race"
"My Apocalypse"
"You Will Know My Name"
"Under Black Flags We March"
"Dead Eyes See No Future"
"The Eagle Flies Alone"
"First Day in Hell"
"As the Pages Burn"
"No Gods, No Masters"
"Dead Bury Their Dead"
"Snow Bound"
"Nemesis"
"Fields of Desolation"

Arch Enemy's next show is July 12th at Norway Rock Festival in Kvinesdal, Norway. To view their complete tour schedule, visit this location.