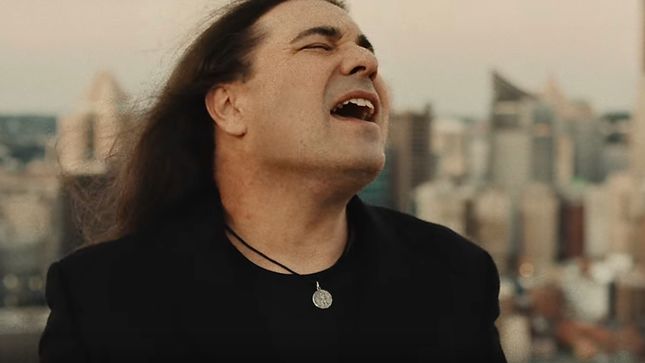 Frontiers Music Srl has announced that Archon Angel will release their debut album, Fallen, on February 14. The band's first single and video, the title track to their debut, is out today. Watch the video below. Fans can stream the single and pre-order the album, including merch bundles, here.

Archon Angel was born from a meeting between producer/guitarist Aldo Lonobile (Secret Sphere) and former Savatage, Circle II Circle, and current T.S.O. lead vocalist Zak Stevens during the making of Timo Tolkki's Avalon's Return To Eden album, of which Aldo produced and played guitar and Zak did some guest lead vocals. The two soon started talking to Frontiers about the concept of working on new music together, which was met with great enthusiasm from the label. Aldo submitted to Zak some song ideas which were reminiscent of the classic Savatage sound, the two felt the magic was there, and thus no time was wasted in getting together to craft an absolutely striking metal album. Aldo was also helped in the songwriting department by some of the most outstanding writers and musicians from the Italian rock scene including Simone Mularoni (of DGM and Sweet Oblivion) and Alessandro Del Vecchio (Aldo’s bandmate in Edge of Forever and of course Jorn, Hardline, etc.).

The album itself deals with a central character, the "Archon", who is a modern day angel figure. The idea goes back to the religious system of Gnosticism. The only difference is that we are immersing the Archon's story into modern-day times. The Archon is a medium who brings messages to God (Demiurge) from the people of Earth. The only real concept to the albums is that they simply follow the story and life and times of the modern day "Archon" and his life as he is called upon to protect the people of earth through frightening, turbulent times.

On the first single, vocalist Zak Stevens says, "The title track accompanies the Archon on his journey in transitioning from a successful businessman, who leads a life of excess and egoism, to a superhero who will clean up the city and eventually, save the world from self destruction. In the song, he is reminiscing about his past and the family he left behind, while summoning the power that called him to save the world to "hear him."

About the filming of the video, Zak continues, "After an arduous search for the perfect city and videographer, we settled on Pittsburgh, PA for my scenes. The band was filmed in Genova, Italy, near the famous Porto Antico. In Pittsburgh, we shot atop Mt. Washington, overlooking downtown, much like the Archon would be doing as he pondered his future. The weather didn't cooperate the first day as it was a rainy day. But one of the coolest moments occurred while filming the video....one of the locations was right across from Heinz Field during a Pittsburgh Steelers [football] game. At the apex of the song, the crowd erupted in cheering at the perfect time, and people who were watching us film were caught by surprise. It really contributed to my overall mindset during that portion of the song. I felt like they were cheering for the Archon and it mimicked a true live performance. I can't wait to get out there and perform this song live with Archon Angel."

Archon Angel are currently working on booking some live shows to present the band in the live environment, but their exclusive live premiere will happen at the 2020 edition of the 70000 Tons Of Metal cruise.

If Savatage are a favorite of yours, then Archon Angel's Fallen may well be your album of the year in 2020.