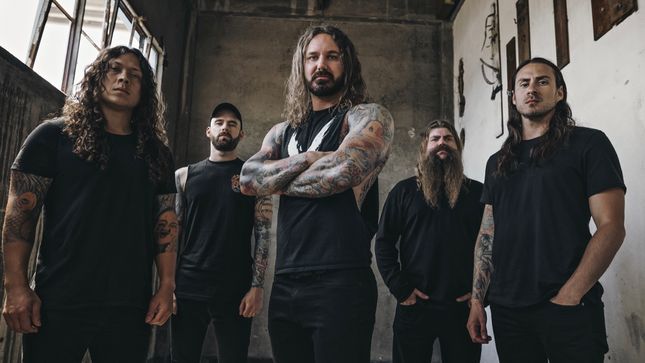 Nuclear Blast Records will release As I Lay Dying's seventh album, Shaped By Fire, on September 20. Today, the band releases the music video for the fourth single, "Blinded".

Tim Lambesis comments, "We had an incredible experience working with Frankie Nasso, who chose to direct the video for 'Blinded' based largely on his personal passion for the band. Additionally, there was incredible energy from fans who showed up for the shoot which made it an unforgettable experience!"

Shaped By Fire was produced by the band and was mixed by Joseph McQueen at Sparrow Sound in Los Angeles, CA while mastering was completed by Ted Jensen at Sterling Sound in Nashville, TN. The only exception was for the track “My Own Grave” which was produced by As I Lay Dying, co-produced by Drew Fulk and mixed by Adam “Nolly” Getgood. The artwork was created by Corey Meyers.

Shaped By Fire will be available in the following formats:

Pre-order your copy of Shaped By Fire in the format of your choice here. Pre-save the album on Spotify, Apple Music and Deezer, here.

"My Own Grave" video:

As I Lay Dying tour dates and tickets here.

As I Lay Dying lineup: