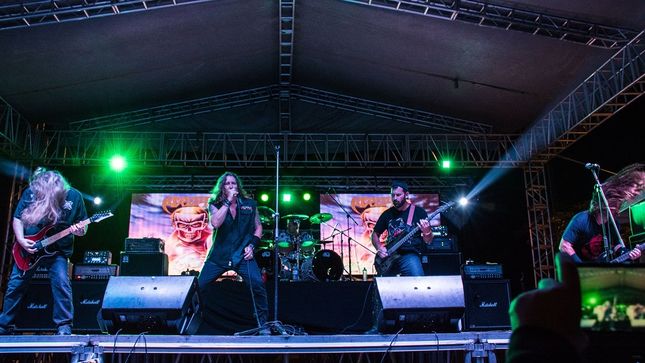 Arizona thrashers Atrophy will tour Europe for the first time since 1991. Atrophy made their last European appearance at Keep It True 2017 and since 2016 been making shows all across North America, South America and Asia (including The Maryland Deathfest 2016). The band hasn’t toured the European continent in almost 30 years. Known for their two classic, all-time-albums, Socialized Hate and Violent By Nature released 1988 and 1990 respectively on Roadrunner Records. The tour will feature a special 30 Years Violent By Nature set, in honour of their 1990 release.

Supporting them will be Black Sachbak, Israeli thrashers who released their sophomore album Black Sachbak vs. The Future this year on Combat Records/EMP.