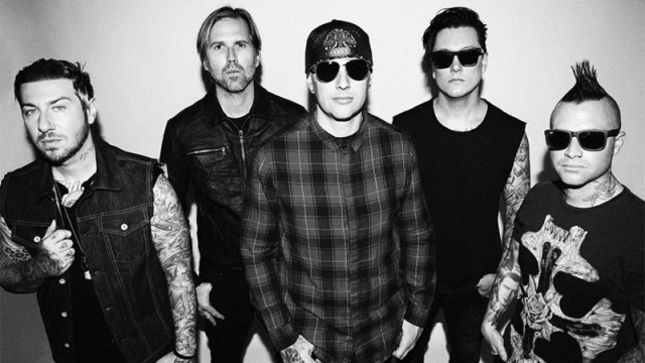 Below is a short preview of Avenged Sevenfold's new song, "Mad Hatter", which will be officially available online on September 17th. The song was recorded for the video game, Call Of Duty: Black Ops 4.

During the Avenged Sevenfold set at the Graspop Metal Meeting 2018 in Dessel, Belgium, frontman M. Shadows stopped the show when he noticed an injured fan on the ground. Check out the clip below.

YouTube user Jeff Sternon offered an explanation as to why Shadows brought the band to a halt mid-song:

"We were all moshing when a boy fell down and a few other persons fell on him. When getting back up, they realized the first boy was laying unconcious on the ground. When Matt says that we were the best crowd at 1:41, it's because we all spontaneously made room for the medics to come help the boy out."