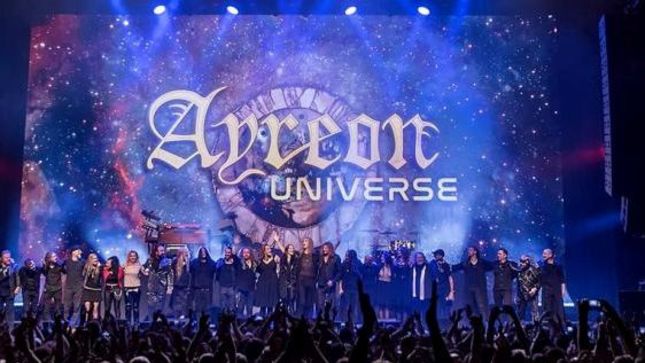 Ayreon mastermind Arjen Lucassen has checked in with an update:

"Sorry for the long silence here (I’m so boring, nothing to report), but finally I’ve got some big news! Ayreon will be headlining the Marquee tent (capacity 14500) at Graspop, Friday, June 22nd! This will be an exclusive show for Ayreon, the only one in 2018. Hope to see you there." 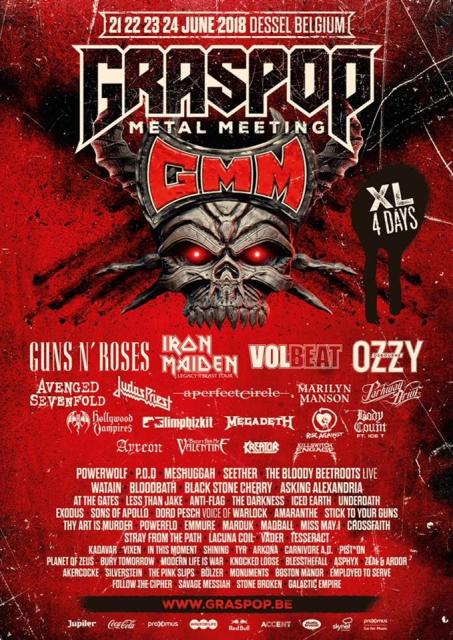 Lucassen chose the best songs from the Ayreon albums and Star One to create an exclusive live Ayreon show: Ayreon Universe. The show was performed over three nights at the 013 venue in Tilburg by the very best original Ayreon vocalists and instrumentalists including Floor Jansen and Marco Hietala from Nightwish, Russell Allen (Symphony X), Damian Wilson (Threshold), Hansi Kürsch (Blind Guardian), Tommy Karevik (Kamelot), Jonas Renkse (Katatonia), Anneke van Giersbergen (The Gentle Storm), and many other original Ayreon singers on stage, as well as an appearance by Arjen Lucassen himself.

Lucassen checked in with the following recap:

"I don’t even know how to begin to thank you for the warm welcome you gave us at the first official Ayreon shows in 22 years. As I said on stage, it truly was an emotional rollercoaster for me. It was a huge transition from my simple, nerdy, reclusive life to this huge warm shower of love that you poured over us.

I have to admit it’s sort of a double feeling for me. Firstly I’m having difficulties dealing with all the attention, simply because I don’t think I deserve it. But at the same time it’s an amazingly satisfying feeling to be able to make so many thousands of people so happy.

Right now I’m totally exhausted. Would you believe I lost over 4 kilos in these last sleepless weeks? But I have to admit I’m quite proud of myself for having conquered (at least for a few days) my two biggest fears: playing live and talking in public. But I swear... it’s all totally been worth it.

Sorry for this dramatic sappy message, but it comes from the heart. So... no silly jokes this time, no exclamation marks or smileys... just a lot of love to all of you. And special hugs to those who couldn’t be there, I’m so sorry for not playing live more often. We’ll make it up to you with a great DVD/Bluray.

As melodramatic as it sounds, having been face to face with you again I REALLY think you’re the best audience in the world. Please give me some time to answer your hundreds of sweet messages... I’ll get to them all, I promise! Look, there’s an exclamation mark after all :-) And a smiley!"