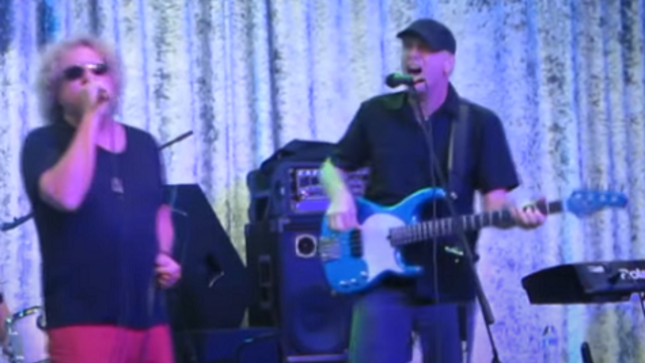 In March 2013 at the Rock n Roll Fantasy Camp in Las Vegas, Sammy Hagar, Vic Johnson, and David Lauser - along with special guest Billy Sheehan - belted out the Montrose classic "Space Station #5", see for yourself below.

"Bucket list! A few years ago at a Rock n Roll Fantasy Camp, they asked me to join Sammy & his awesome band to play 'Space Station #5'! The first Montrose record was one of my favorite records ever. Prior to this video, Sammy asked me 'What Montrose songs do you know?' I responded. 'All of them!' It was after doing this that I finally realized I played with every member of the mighty Van Halen—and I love them all!"

With Dave of course—(still my hero!) with Michael at an Ampeg event (along with Ken Hensley, we played Uriah Heep’s 'Easy Livin’'), with Gary Cherrone on The Who tribute tour (with Mike Portnoy and Paul Gilbert), with Ed & Al at Ed’s studio, and with Wolfie (though we didn’t play music. On the flight home from playing a Jason Becker Benefit in Chicago— myself, Ed, Steve Lukather, and Pat Torpey, Ed wanted to sleep, so I looked after Wolfie and played games and did drawings with him so his Dad could sleep). What an honor. All of it. Thank you. It’s a beautiful world. Much Love and Respect to all mentioned here."