BLACK SABBATH Guitarist TONY IOMMI - "First Of All, I Wanted To Be A Drummer" 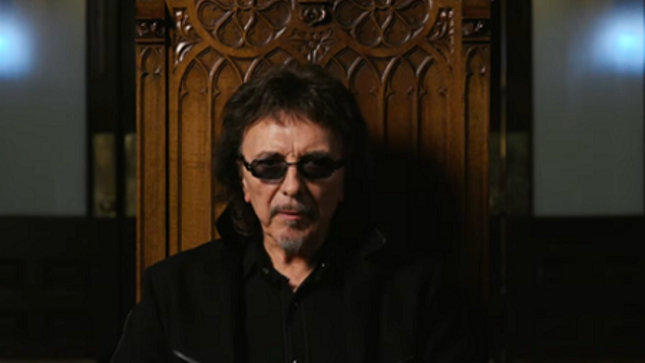 To commemorate this anniversary, GibsonTV sat down with Sabbath guitarist Tony Iommi to learn about his early years in Birmingham, England, the accident that almost ended his career as a guitarist, and his 55 year musical journey with Black Sabbath. Enjoy the following hour-long Icons video:

Check out Black Sabbath performing "N.I.B." - a song that appeared on their self-titled debut - live for the very last time on February 4, 2017. The footage comes from The End: Live In Birmingham, a concert film / live album that was released on November 17, 2017 via Eagle Vision.