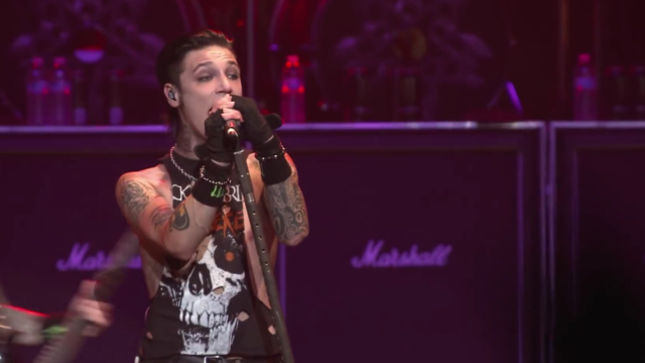 Alive And Burning, the debut DVD/Blu-ray from Black Veil Brides, has just hit #1 on the Soundscan Music DVD chart.

"As a rock and roll band that spends most of our lives and career playing shows on the road, to have our DVD representation of that show hit number 1 in our home country where it all started is one of the greatest feelings I've experienced as a musician,” says vocalist Andy Biersack. “Thank you to everyone who made this possible! Long live the BVB Army!”