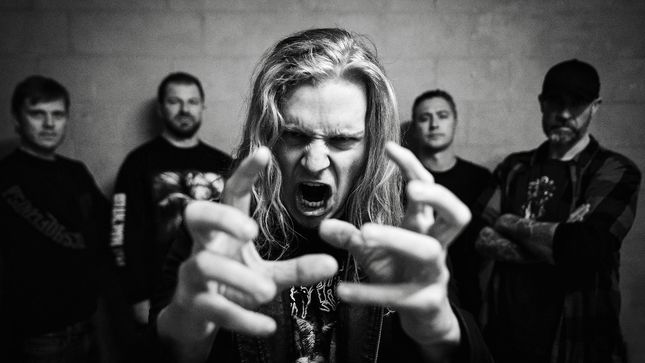 Denmark-based death metal band, Blood Eagle, have recently released the final To Ride In Blood & Bathe In Greed EP via Nuclear Blast. An official visualizer for the track "Worship The Wolf" can be seen below:

The band is comprised of former members of Volbeat, Mnemic, Hatesphere, Illdisposed, and Raunchy. Officially surfaced in 2013, good friendship and love for old school death metal have made Blood Eagle an unstoppable force.

The album was produced, engineered, mixed and mastered by Tue Madsen at Antfarm Studios. All artwork was created by Rune Stigart.

To Ride In Blood & Bathe In Greed tracklisting:

"Feed On The Blood Of Man"
"Unsung Zeros"
"Impact Irreversible"

"Feed On The Blood Of Man" visualizer:

"A Life That Rots Away"
"Worship The Wolf"
"Wall of Hate"

"A Life That Rots Away" lyric video: