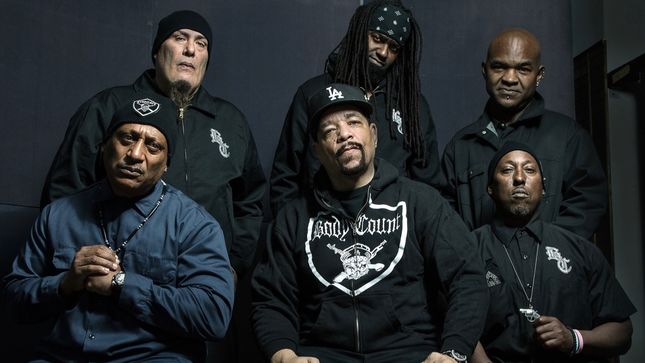 Ice-T has revealed that Body Count will release the single and music video for "Carnivore", the title track of the band's upcoming new album, on December 13.

BodyCount News: Just got the word that the 1st single ‘CARNIVORE’ and video from the new BC album is dropping on Dec 13th 💥 Prepare for IMPACT! @BodyCountBand pic.twitter.com/zgfWvUdp2L

Body Count were born of a day when hip-hop was the soundtrack of the streets, brought to life by Bloods, Crips and gang bangers who lived and died by a code of street justice today’s reality stars and internet wannabes can’t begin to fathom. It wasn’t the sound of middle class American kids playing dress-up and feeling fashionable. And heavy metal? It wasn’t pretty and clean for mainstream America to swallow like a watered down shot with your favourite spray of sugary sweet soda as a chaser. Metal was about long hair, middle fingers and a vocal indifference to societal norms. Maybe we can blame Body Count for how far we’ve fallen - after they united metal and hip-hop like napalm, politicians took note and launched careers around warning labels and lyrical witch hunts.