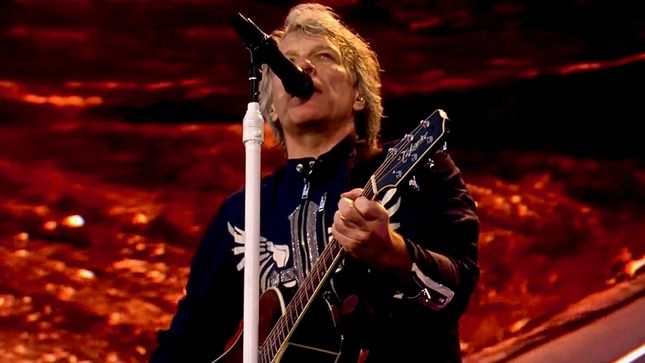 Bon Jovi performed "Lost Highway", the title track of their 2007 album, in Sønderborg, Denmark during their 2019 This House Is Not For Sale Tour. Watch professionally-filmed footage below:

Bon Jovi's ninth tour diary of the 2019 This House Is Not For Sale Tour, featuring Warsaw, Poland and Werchter, Belgium, can be seen below: