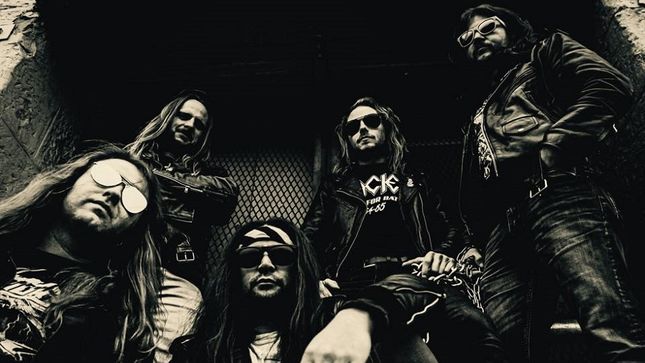 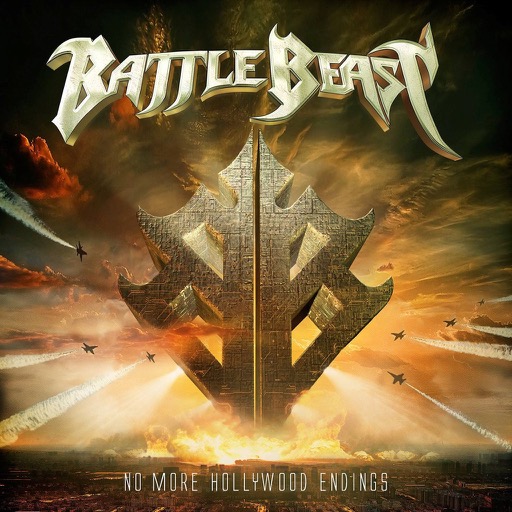 Top 5 Brave Embarrassments
BATTLE BEAST – No More Hollywood Endings (Nuclear Blast)
Hollywood Endings? Like when an ineffectual hero (or heroine) gets killed off by the competition? Life imitates art! Finnish or finished? What happened to this band?

DENNER'S INFERNO - In Amber (Mighty Music)
Disappointed by news the Mercyful Fate guitarist was left out of the pending reunion, fans were eager to hear what Michael Denner was up to. In its (too infrequent) best moments, a collection of ‘70s hard rock (think UFO) and funky bottom end. Not what we wanted to hear!

MAJESTY – Legends (Napalm)
There's always been a bit of tongue-in-cheekiness with Germany's long running Manowar doppelgangers, who have turned over a new leaf, incorporating overbearing keyboards and morphed into a staccato, cheesy/commercial power metal/disco outfit. Dare you to check out danceable “Mavericks Supreme”. Unlistenable!

MANOWAR - The Final Battle I (Magic Circle)
Milking the retirement tour, four track EP was supposed to be the first of a trio, available exclusively at gigs. Joey DeMaio's vocal debut, on "You Shall Die Before I Die” is prophetic, for those subjected to repeated airings. The fact there hasn't been a follow-up EP speaks volumes.

HOLLYWOOD VAMPIRES - Rise (Republic)
Begun as a drinking club, after (too much) liquor, the idea of recording something (probably) sounded good, on paper. Unfortunately, it sounds terrible on tape, CD, vinyl, whatever. other format you might hear. Seriously, the sum of the parts (Cooper, Perry and even Depp, once a member of ‘90s Sunset Strip act Rock City Angeles, before sticking w/ acting) is greater than the finished product. Lay off the juice!

Thoughts On 2019
Sure, it's sad (but inevitable), the metal community continues to lose our heroes, but rather than merely cry about it, I'm buoyed by the resurgence (albeit extremely underground at the moment) of young bucks (many of them American, predominately from the Left Coast) embracing the DIY ethos and trying to break through the onslaught of pointless re-issues by established names (some of whom have long ceased to be). Take a gander at the the list above! Great to see Idle Hands get a shot on the King Diamond tour. Ditto Hell Fire opening for Death Angel, domestically.

While could only pick a trio of shows to highlight above, there were lots of great memories throughout the year, including sets from Behemoth (2x), Enforcer, Iron Maiden, King Diamond (2x), Demons & Wizards (2x), Slayer (3x), Junkyard, Amon Amarth (2x), Vicious Rumors, Whitesnake, The 3 Tremors and Yngwie Malmsteen.

In addition to my annual festival stops: Bang Your Head!!!, ProgPower USA, Heavy Montreal, Summer Breeze, 70K cruise, Knockout and the Decibel Beer & Metal event, made initial pilgrimages to Oslo-based Tons Of Rock and Crete, for Chania Rock Fest. Always on the lookout for something new, for 2020, especially with Heavy Montréal on another hiatus.

What/Who Needs To Stop In 2020
Reissues. Labels need to stop issuing them and fans really should stop buying them. One will negate the other. Honestly, do you need a boutique splatter vinyl of an album that you already own? Talk about milking the cash cow, aka collectors! In the ‘90s, LPs were already dead and most releases were CDs only. Now, thanks to "well meaning" labels, one can complete their collection with an (oft colored) vinyl version, at two or three times the price. What a waste! Use just a portion of any such outlay to go see a new/younger band, buy some of their music/merch or even get them a pint. They certainly need it more than a greedy label or anyone who has already had a shot (and in many cases, squandered the opportunity). Touring at that level can be thankless (small crowds, shit clubs, long distances), thus your participation can make the difference between food, fuel or lodging. Every online forum is loaded with "fans" lamenting, "Come to our town". Don't be so lazy. Get off your ass and travel an hour, to help out the bands/scene, instead of sitting at a computer and mindlessly clicking "buy." Think about it.

Metal Predictions For 2020
Although only a handful of North American dates are planned around the release of the third Night Demon studio outing, the band's profile will continue to rise (absence makes the heart grow fonder, right?) Already having worked their way up, to a mid-level Euro fest attraction, the Cali trio win new fans every time they hit the stage. Have already recorded new material with producers like Steve Albini and Flemming Rasmussen. Bassist/vocalist/mainman Jarvis Leatherby promises a single by April appearances.

Hopefully the last year produced a reunified Helloween disc, which will see the light of day in '20. Some live dates have already been announced. Regardless of the newbies, seeing the three singer/three guitar behemoth play the classics is always a treat.

Featuring members of Twisted Tower Dire, a new name in the US traditional metal stakes is Spiral Castle, with just a lone song (online) to date. One to watch!