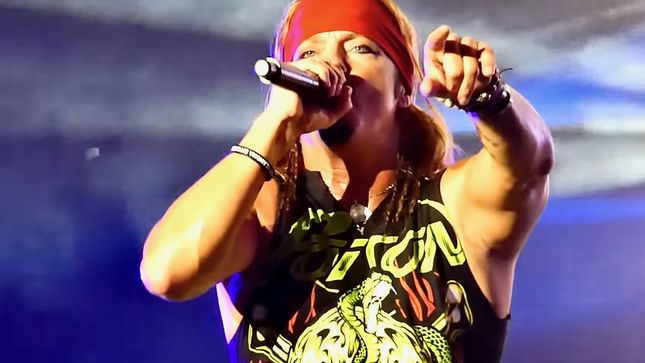 By now, everyone has heard the rumours that Mötley Crüe, Def Leppard, and Poison are set to hit the road on a massive tour in 2020. And although nothing is set in stone yet, Poison singer Bret Michaels seems to be taking every opportunity to talk about it.

Michaels has released the video below, wrapping up the year to date and filling you in on what's to come. And, of course, he has something to say about the "rumours".

Michaels previously discussed the tour rumours with Bionic Buzz and Fox11. The clips can be seen below:

Last week, Poison launched a countdown clock on their official website, which is due to time out on December 4 at 4:30 PM, EST. All bets are on something to do with the upcoming tour.