BROCELIAN Issue “A Life For You” Lyric Video 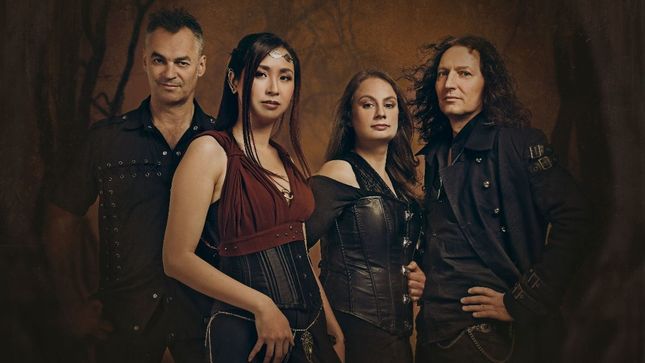 Brocelian have released a lyric video for their second digital single "A Life For You", taken from the upcoming album Guardians Of Brocéliande. The album is out now via Massacre Records.

Formed in 2009, the quartet can already look back on its debut album Lifelines as well as various festival shows and support gigs for bands like Xandria, Tanzwut or Serenity.

They recorded their upcoming album Guardians Of Brocéliande last year with Alexander Krull (Atrocity, Leaves' Eyes), who is also responsible for the album's mix and mastering. The new album features a varied mix of catchy metal hymns, straight hard rock songs as well as melancholic ballads. Well-placed violin tunes as well as epic orchestral and choral parts serve as a common thread tying together Brocelian's sound.

"A Life For You" lyric video: