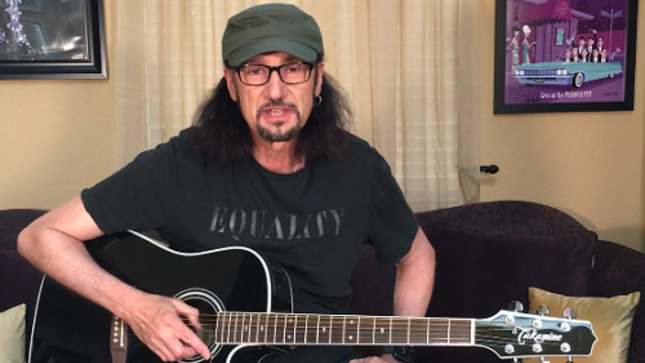 "I love explaining how some of the KISS songs that I was a part of were created," says guitarist Bruce Kulick, who was in the band from 1984 to 1996.

"Here's my part 2 of the creation of the song, 'I Walk Alone'. I explore the band's demo in the studio, and then what I did to create the version you all know. It's long, but worthy to watch if you like to know the real story behind the song. Psychedelic parts are discussed! Look for part 3, later in the week for an entire performance of the song."

"I Walk Alone" is the final track on the Carnival Of Souls album, which KISS released in 1997.