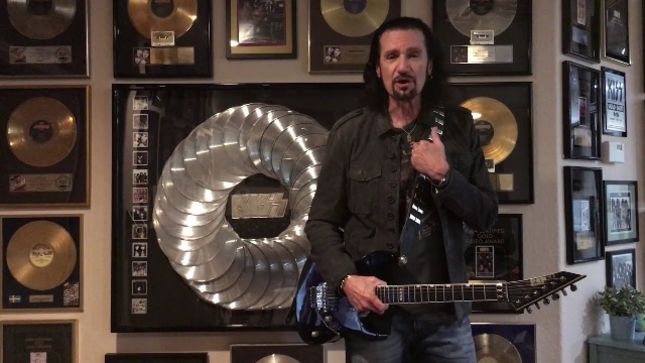 In a new interview with 101 WRIF, former KISS guitarist Bruce Kulick discussed his time with the band and he continued connection to KISS. he also commented on the band's current End Of The Road farewell tour.

Kulick on the End Of The Road tour:

"They're (KISS) celebrating the winding down and the End Of The Road tour and everything, and they have this tremendous production, but it makes people look at all eras and really look at their connection to KISS. Just yesterday, I'm at a local grocery store here in Las Vegas, and this guy got all excited. He started chatting with my wife, and then when I came over, I said, 'What's going on?' 'Oh, he's one of your fans.' He told us a really interesting thing, and I was very, very flattered by it. He had kind of gone through his years of being a fan, then stopping being a fan, and then the current tour got him back into looking at KISS and he started to go through everything, and then he realized how much he loved my era. Then he starts talking about Carnival Of Souls with me. It's kind of interesting... here's the current tour, which has very little to do with Carnival Of Souls, and yet the guy is now embracing a record that means something to him and he's sharing that with me in the store and really excited to talk about it. I love that. That's why I always know, when they're out there, it's still shining a light on the entire history of KISS, and that obviously shines a light on me.

I would imagine that the last gig could be two years from now, because they're doing so well and Gene has always talked about three years, but I don't really know their master plan. I'm not even sure how much they've mapped out yet. I'm very curious about it. I love that it's been so successful for them. I'm fairly confident that in some way, a final gig could feature everybody that is willing and able to be involved. Why not? It's not up to me. They know I'm excited about it and would love to be represented, but we'll see how everything goes. It would be a really nice thing for fans, I think. It would be a great bookend for it."

On May 12th, Kulick and John Corabi (The Dead Daisies, ex-Mötley Crüe) - collectively known as Union - performed at the 2019 Indianapolis KISS Expo.

The following fan-filmed video has since surfaced, about which Kulick commented, "I had the pleasure to jam with John recently. Our chemistry is still strong, and so is John Corabi of course!"