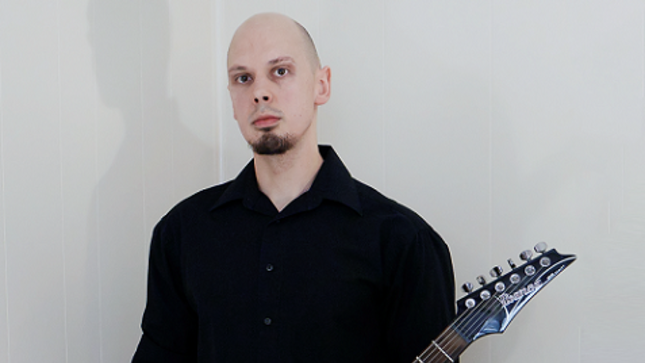 Buried Realm is a solo studio project, hatched from the mind of Josh Dummer. It is the second album he has put out under that moniker and once again he has written an epic, creative record filled not only with his own talent but also with that of a smorgasbord of special guests from around the world. Dummer comments on the album:

"After nearly three years of creating Embodiment Of The Divine, I am very pleased to present and share this album with everyone. I’m honored to be joined by a number of guests that have influenced my writing and playing over the years. Their contributions have truly helped bring the album to another level."

"Embodiment Of The Divine features guest performances from Andy Gillion, Benjamin Ellis, Bob Katsionis, Dean Arnold, Lee McKinney, Peter Wichers, Rafael Trujillo, and Ryan Strain. Listeners can expect to hear a whole lot of riffs, solos, and melody. The album has its traditional arrangements at times but is also built on technical and chaotic grounds. I think the overall atmosphere of this album is darker compared to the previous one."

The second single off the album "The Wonder And Terror Of Fortune"  features guests Rafael Trujillo (ex-Obscura) and Ryan Strain (Chaos For The Masses).

Dummer adds: "Over the years, music has been a very important part of my life. It's always been there for me in any situation, it became a lifestyle and many opportunities have come from it. For that I am grateful. With that comes the unfortunate part of losing sight of friendships, relationships, other opportunities, etc. These lyrics are about the interesting blend of excitement and sorrow that music brings to me and the constant reminder of how I've had to choose what‘s most important at the time."

Recommended for fans of Soilwork, Nevermore, and Children Of Bodom, Buried Realm is progressive melodic death metal. Embodiment Of The Divine is out on July 24. Pre-orders can be placed now at this location.