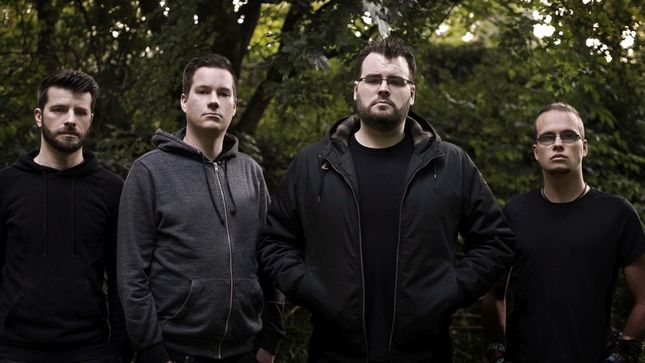 A new song from Call Of Charon's upcoming debut album Plaguebearer - due out on November 1st via Massacre Records - is out now. Listen to “Crown Of Creation” below featuring guest Frankie Palmeri of Emmure. Preorder at this location.

Plaguebearer was mixed and mastered by Zack Ohren at Castle Ultimate Productions. Scotty Bates is responsible for the album's cover artwork. Guest musicians on the album include CJ McMahon of Thy Art Is Murder, Frankie Palmeri of Emmure and Henri Sattler of God Dethroned.

“Prayer To An Empty Sky”
“Illusive Savior”
“The Decline Of The West”
“Misery (The Plaguebearer)” (feat. CJ McMahon)
“These Shining Stars”
“We Had It All (My Excuse)”
“Antigone’s Farewell”
“Crown Of Creation” (feat. Frankie Palmeri)
“Losing Ground”
“My Darkest Hour”
“Another Path”