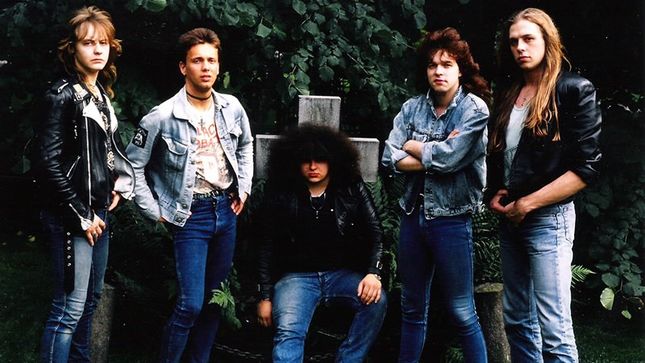 Widely regarded as an early iconic example of Candlemass firmly establishing themselves in the live arena on their way to international recognition, the band’s much-revered performance at the esteemed Dynamo Open Air Festival in 1988 is considered a particular highlight with the Swedes stamping their mark on the metal map of the eighties with a powerful and captivating performance at the legendary location.

Featuring the unmatched and unmistakable vocal prowess of Messiah Marcolin, the band storms through renditions of their early classics, including timeless favourites such as “Solitude” and “At The Gallows End”, closing with a medley of tracks originally by UK metal forefathers & originators, Black Sabbath.

Side B
“A Sorcerer’s Pledge”
“Black Sabbath Medley”