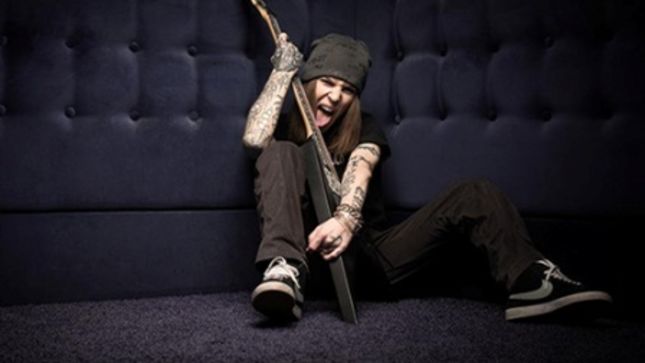 "At the end of 2014, Kai and Roope from Musamaailma sat down with Alexi to outline a new ESP Alexi Laiho model. The guys wanted it to have some cool, unique details and it took the whole evening. The concept of Wild Scythe was born.

The new ESP model was perfected during the following six months and at this point ESP’s finest, the Custom Shop crew, joined the project. Building the guitar started during the summer 2015 in Japan.

The deal between Musamaailma and ESP Custom Shop was to produce two guitars: one for Alexi and the other for Musamaailma.

And now it’s April 2016. Alexi will receive his ESP Custom Shop Wild Scythe next week after returning from Children Of Bodom North American Tour. He already knows what’s coming up and it’s going to be awesome!

Stay tuned! The summer is coming and the first E-II Wild Scythe guitars will arrive at Musamaailma. Musamaailma and ESP Guitars Finland wish Alexi and the whole Children Of Bodom crew all the best!" 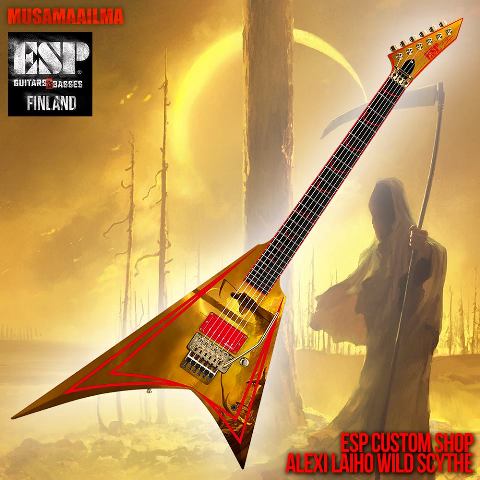 Go to this location for more pictures.

Children Of Bodom recently checked in with the following update:

"We're so excited to announce Latin America dates for this year! Mexico - Chile - Argentina - Brazil we're coming for you this May. Head over to our events/tour dates page here for more info and tickets on sale today!" 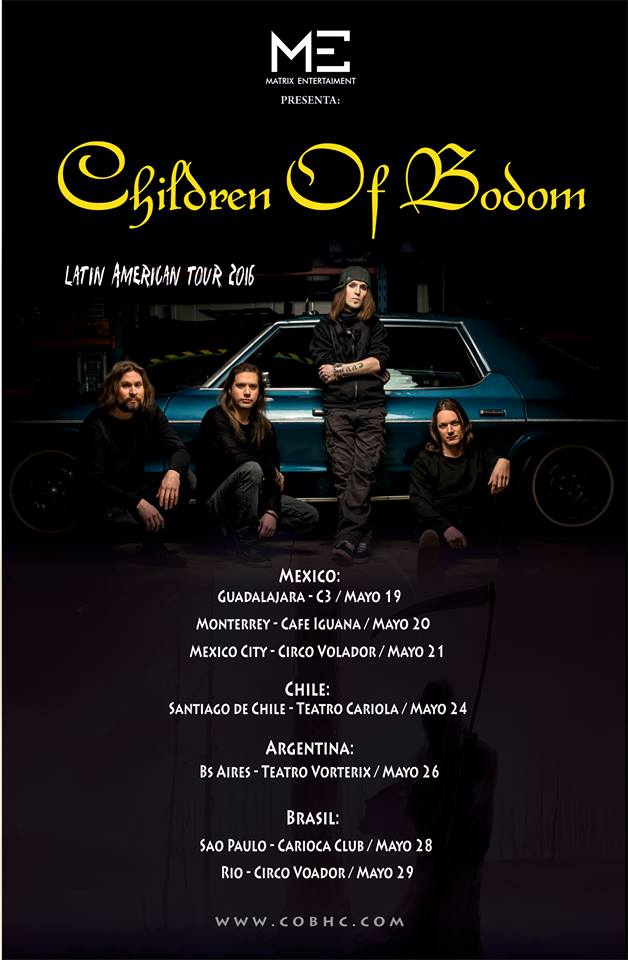