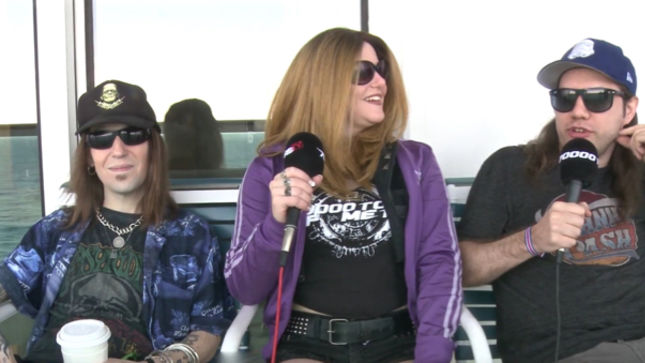 This week's episode of 70000tons.tv’s Musician Monday can be found below.

“This is what happens when you let Ali G​'s second cousin Kimmy G take over an interview with Children Of Bodom​ on board The World's Biggest Heavy #MetalCruise. Alexi Laiho​ and Janne Wirman​ weigh in on the fastest players in metal - who do you think should win the Dragonforce​ of Fire Business Achiever Award?”

Children Of Bodom are set to embark on a headline tour of Latin America in support of their I Worship Chaos album.

The complete routing is as follows: