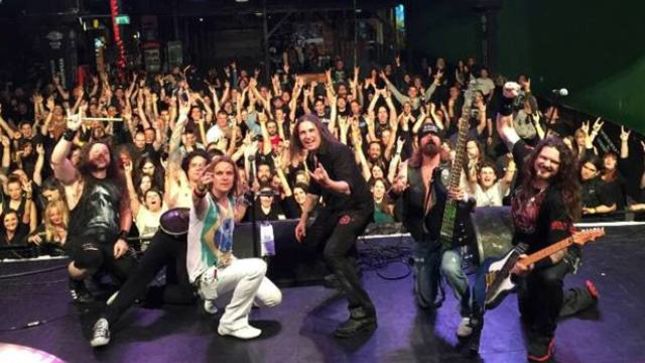 Circle II Circle bassist Mitch Stewart has completed work on a new solo album, Lost In This Life. The first single, "Death Of Me", was released on June 21st along with an official lyric video. Check it out below.

A second single, "Chains", is set to be released on August 16th along with an official video. Stay tuned.

Speaking exclusively with BraveWords, Stewart opened up about Circle II Circle's current status. The band released Reign Of Darkness in 2015 but have not been very active in recent years.

Stewart: "We are on a bit of a hiatus. Bill (Hudson / guitars) is doing NorthTale, Zak (Stevens / vocals) is doing Trans-Siberian Orchestra, Henning (Wanner / keyboards) has his Ozzy tribute and COP UK. We're all just taking a much needed breather. I have written several songs for a new CD. Just waiting on Zak to give the thumbs up. For now though, we're all just doing our own thing."

In 2012, Circle II Circle featuring Savatage frontman Zak Stevens performed at Germany’s Wacken Open Air festival. The set featured highlights from the album, The Wake Of Magellan, and video footage of the full performance is available for streaming below.