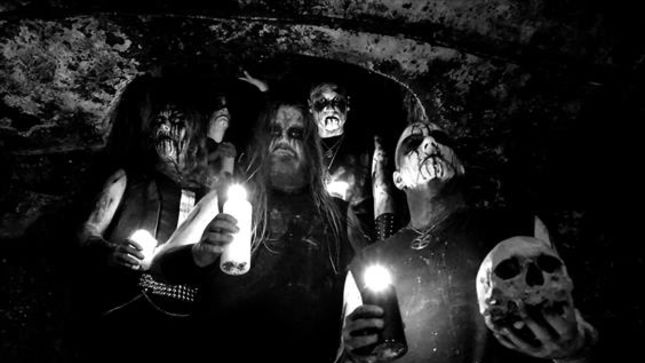 A black metal storm of high class melody and ferocious riffs. Cirith Gorgor is a band who has been around for a good part of 20 years. Their new album will pulverize the underground and raise the bar for the future of black metal.

Listen to the first song from the album, “Salvator”, streaming below:

The artwork was created by Metastazis (Watain, Behemoth, Amorphis) and reflects the lyrics and mood on Visions Of Exalted Lucifer perfectly.

Digibook 2CD - Includes the album and their Mystic Legends... demo from 1997 on a separate disc. This version is limited to 500 copies. Mandatory for any self-respecting diehard fan.

Vinyl - With an exclusive vinyl only track, high quality sleeve, 180 gram black vinyl! Also available is an exclusive version on gold 180 gram vinyl, in the Hammerheart webstore exclusively. Limited to 400 black copies and 100 gold copies, mandatory for lovers of the dark arts on black wax.

Cassette - A limited edition of 300 copies on cassette.