COLLATERAL To Release "Lullaby" Single In May; Video Trailer 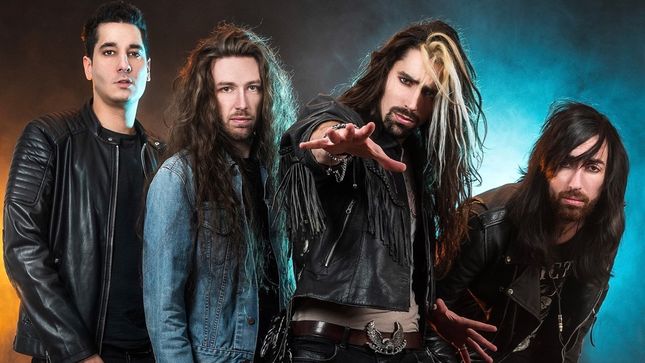 UK rockers, Collateral, follow up their 2018 4 Shots EP and their single “Midnight Queen” with their explosive new single, “Lullaby” taken from their highly anticipated eponymous debut album released in September. Pre-order the single here, and find a video trailer below. 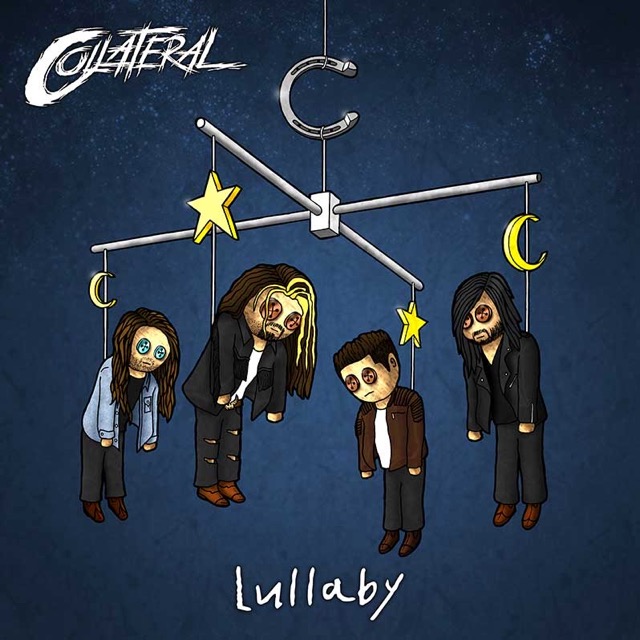 "Lullaby" will be released by Roulette Media on digital download on Friday, May 3, accompanied with an official music video. The new single is mixed by Grammy Award nominated producer Romesh Dodangoda (Bring Me the Horizon, Funeral for A Friend, Stone Broken). The new single is a dynamic, heavy-duty rock stomper with pounding drums courtesy of Ben Atkinson, killer lead vocals by frontman Angelo Tristan, an unforgettable guitar solo from guitarist Todd Winger, a nasty bass groove from bassist ben Jack Bentley-Smith, topped with an infectious singalong chorus that’ll will leave you wanting more.

“'Lullaby' is a song that has the basic feeling of the world we all live in today - a world where you are told to dream big but, yet ‘Be realistic’,” says Collateral’s frontman Angelo Tristan. “I’d be lying if I’d said we’re not a pissed off rock and roll band like a lot of other bands out there. Lullaby has the simplicity, the power and emotion that you should expect to hear on Collateral’s debut album.”