COMMUNIC To Release Hiding From The World Album In November; First Details Revealed 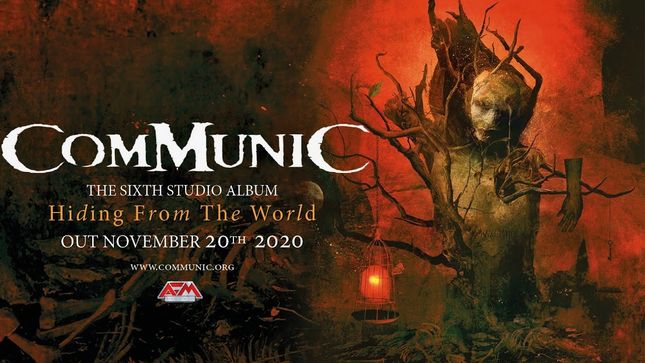 Norwegian trio Communic, will release their new album, Hiding From The World, on November 20 via AFM Records. The album is another skillfully crafted combination of progressive, power, thrash and a bit of doom metal. A great mix up of traditional Communic power and emotional depth.

Communic are one of the household names in the European metal scene and have been so from the beginning. The musical style of Communic is rich in both emotional depth and musical broadness and includes many elements from various metal genres. Catchy vocal melodies, thrilling bass and guitar lines colliding with power, thrash, progressive and a bit of doom and groovy metal. The music has a progressive touch in some experimental form, yet easy to listen to, quite moody, mellow and emotional.