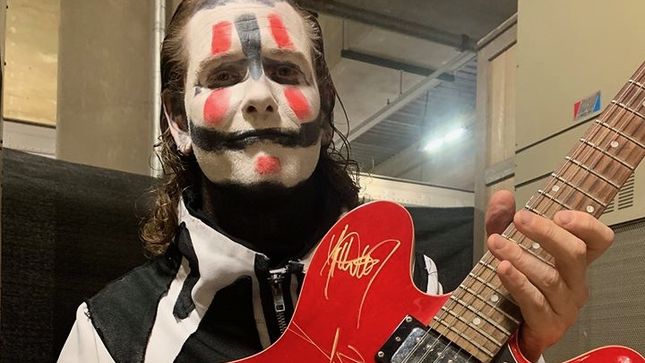 "I'm so proud to be part of the first ever Innocent Lives Foundation Rock and Roll auction," states Slipknot and Stone Sour frontman, Corey Taylor. "Bid on my personal guitar I wrote my entire upcoming solo album on, signed by Slipknot, to benefit ILF."

Place your bid and find out more, here.

WhatCulture recently launched its very own WhatCulture Rock Show, and their first official interview features Corey Taylor. He discusses Slipknot's song "Solway Firth" being used on The Boys TV series, the band's new album We Are Not Your Kind, and his upcoming solo record in the clip below.

Taylor on his solo album:

"It's been cool to kind of start building the momentum for a potential solo run. It's definitely going to be rock-based, but it's going to be rock meets so many different things. There will be harder-edged stuff, but there also will be big, expansive, huge, world-changing guitar songs that you're going to want to sing along to. That's just who I am, and I'm not going to fight who I am. I've got 26 songs written, and I'm not done yet."