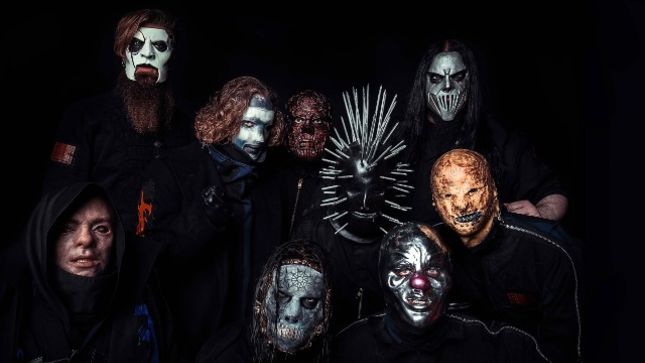 Slipknot frontman Corey Taylor is featured in an in-depth interview with Vulture discussing the band's new album, We Are Not Your Kind, and the current state of the band after 20 years together. Following is an excerpt.

Vulture: June marked the 20th anniversary of the release of Slipknot. Back then, did you see this thing lasting that long?

Taylor: "(Laughs) You gotta remember, dude, we talked about breaking the band up before the first album even came out. We were like, 'We’re gonna do one and done. We’re gonna Sex Pistols it and say fuck it.' Ruin the world. And then we gave in to selfishness and decided to keep going. The crazy thing is that years ago I didn’t think this band could sustain itself because of how fucking gnarly it is, how dark it is, how much physicality goes into this music and this band and this live shit and the creativity, just how exhausting it is to max yourself out every time by trying to attain perfection. I wasn’t sure that this could be sustained for that long. I’m pleasantly surprised that I was wrong. Like I’ve said in the past, nobody’s more surprised by our success than we are. On June 29, 1999, if you’d have told me that we’d be 20 years in, dropping a new album and bigger than we’ve ever been, I’d have fucking laughed at you."

Vulture: Is there anything you would do differently, in retrospect, over the past 20 years?

Taylor: "Oh man. There’s so many fucking things, but it’s all from my standpoint. As far as the band goes, though, I think it had to be this way. Obviously, I would want Paul back. But … now you’re talking about people’s personal lives, and as much as I miss him, his health was always an issue. So it’s almost bittersweet. But from a professional point of view, musically, no. I think we had to take those steps to get here. We had to go through that roller coaster and that kind of self-discovery to realize there was so much more that we had to give, and so much more that we could give, and so many different band dynamics that it was inevitable to get here."