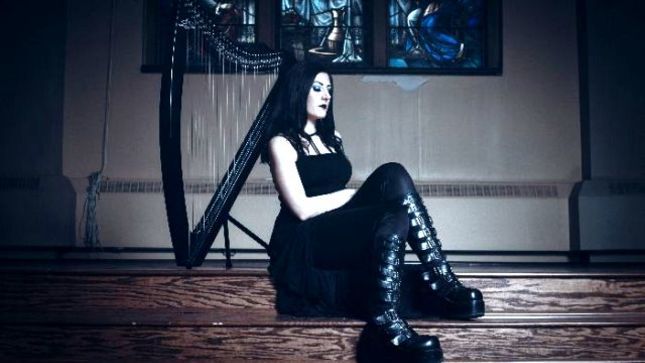 Cradle Of Filth keyboardist / backing vocalist Lindsay Schoolcraft has checked in with the following update:

"I have a sold out industry workshop this Saturday (November 23rd) in Montreal! I will be live-streaming it on my official Facebook page, too, so if you have any biz related questions please submit them here and I’ll try to answer as many as possible!"

Go to this location to submit your question.

Lindsay will play an album release show for Toronto in support of her new solo album, Martyr, on December 6th at The Garrison. A show in Montreal has now been confirmed for Montreal, Quebec on December 7th at Foufounes Electriques. Go to this location for event details.

Martyr is now available for streaming via Spotify here. Purchase physical copies of the album at SchoolcraftShop.com.