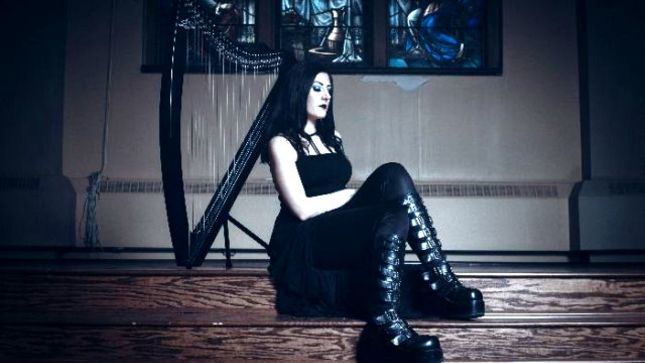 Cradle Of Filth keyboardist and vocalist Lindsay Schoolcraft is preparing to release her debut solo album, Martyr, on October 7th.  The album was co-written by former Evanescence drummer Rocky Gray and offers eleven tracks of entrancing gothic rock, influenced by Schoolcraft's background in classical music. Fans of Evanescence, Nightwish, and the like will appreciate Martyr's lush, piano-driven arrangements, while Cradle of Filth enthusiasts will enjoy hearing this darkly romantic side of Schoolcraft's music.

Lindsay commented: "At last I can finally share with the world what I’ve been so vaguely teasing online for years. I can’t thank my fans enough for being so patient about this release. Working with Rocky Gray has been a dream come true for me and the love I have for his work and my lyrical stories really shines through on this album. I hope everyone enjoys it as much as I did creating and recording it."

Lindsay has released a lyric video for the song "Lullaby". Check it out below.

Lindsay recently shut down the internet trolls that have started to spread rumours she is leaving the band following a post in which she stated: "The last 4 months with Cradle of Filth have been very rewarding. We’ve been across 4 continents and have brought our music and art to so many people. I feel grateful to say I can do this for a living and that I have a great circle and support group around me who keep me inspired and sane. Unfortunately I am not a robot nor machine and my body, mind, and spirit are running on little to no steam at the moment. I plan to go home and hide for awhile and when my energy comes back I will continue to create and push forward my solo album launch. Thank you all who were part of our world tour the past few months. Thank you to anyone who was kind and loving towards me when I was down or weak. Thank you all who are still here and for your love and patience."

Some small-minded people clearly read too much into her post, and Lindsay has issued the following answer to those individuals: