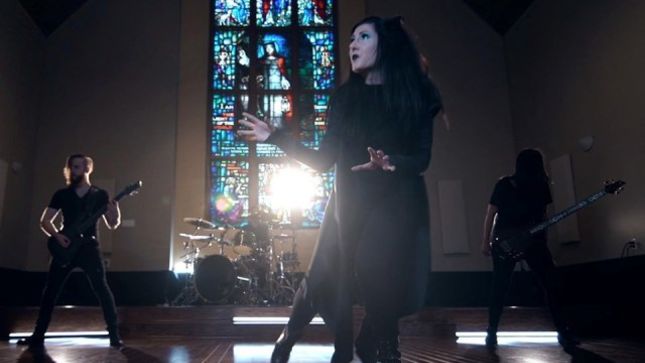 Cradle Of Filth keyboardist and vocalist Lindsay Schoolcraft has checked in with the following announcement:

"The first official music video for the single 'Savior' from my debut solo album, Martyr, will be live at 5pm (EST) today (September 13th). I wanted to thank Rouzbeh Heydari for making my long-time daydreamed vision come to life along with the very helpful and appreciated aid of Noel Peters, Kevin, and the band: Cody, Scott, and Bri. Big thank you also to Kimberly, Kristen, Cheyenne, Matt, and Dylan: we couldn’t have done this without you! And I can’t forget to thank Rocky, Tyler, Lasse, Spencer, Matthew, David, and Vassilis for making this song what it is! Thank you one and all with all of my little heart. It feels good to do art and music on your own terms from song demo to the final cut of filming. I hope you enjoy the video as much as we did making it happen! It’s my first independent solo music video at the ripe age of 33! There is truly no expiry on your dreams when you never give up!!!"

Lindsay recently released a lyric video for her song "Where I Fall". The track is from her upcoming album Martyr which will be released on October 7th. The album was co-written with former Evanescence drummer Rocky Gray.