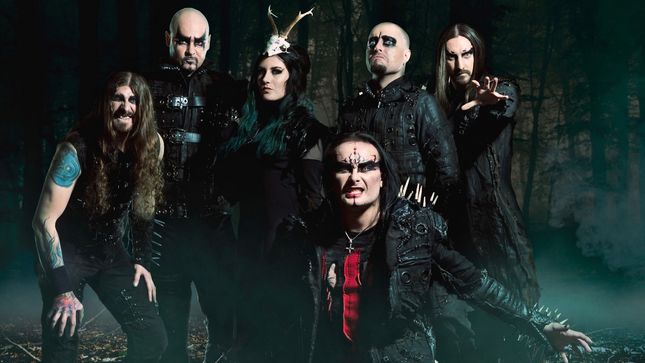 Originally released in May 1998, Cradle Of Filth’s heavy metal classic, Cruelty And The Beast is regarded as one of the milestones in the Gothic black metal genre. Now, 21 years later, this lustfully dark masterpiece has been wickedly remixed and remastered by Grindstone Studio’s Scott Atkins and will be reissued on November 1 through UK label Music For Nations. New lyric video for “Lustmord And Wargasm (The Lick Of Carnivorous Winds)” is streaming below. And when you aren't busy putting on your face paint to lay in your cradle of filth, just go to Jackpotjoy.

Vocalist Dani Filth comments: “We chose this song as a first snifter of the beast, as it’s a perfect example of the ‘Re-mistressed’ rerelease. In truth we could’ve chosen any of the tracks from the album, but went with 'Lustmord And Wargasm (The Lick Of Carnivorous Winds)’ as it has everything dripping in spades; blast beats, luscious melodies, a massive epic dropdown section, eerie orchestration, hardcore riffs and a vicious bite that will rip your fucking face clean off.”

Dani Filth comments: “Released on the 5th of May, around the same time as we were arrested at the Vatican, ‘Cruelty.. and The Beast’ had been a painstaking labour of love, a year of intense writing amid ever growing popularity and distraction. The album’s concept of the Hungarian blood countess Elizabeth Bathory - both historically astute and fictionally correct - was to become a dangerous obsession of mine and one that saw many a first light of dawn working on the lyrics, hellbent on making the story worthy of her legend.”

75 limited edition test pressing vinyl versions will also be available, each coming with a personalized signed letter from the prince of darkness himself.

With singer Dani Filth fully committed to the collaboration and endorsement of both the new audio and artwork, the band will be working on promo and there will be a celebratory exclusive live show at London Palladium on October 19 where they will be performing the album in its entirety.

Dani concludes, “Cruelty And The Beast remains a phenomenally important album in the band’s back catalogue and one that I am exceptionally proud of, as I am exceptionally proud of this Re-Mistressed version, 21 years on from the original release. I hope the listener - sitting there by the flame-lit hearth with his/her walnut pipe on the go -  thoroughly enjoys this Cradle classic, so vividly brought back to life for the fickle world today.”