CROBOT Debut “Keep Me Down” Video 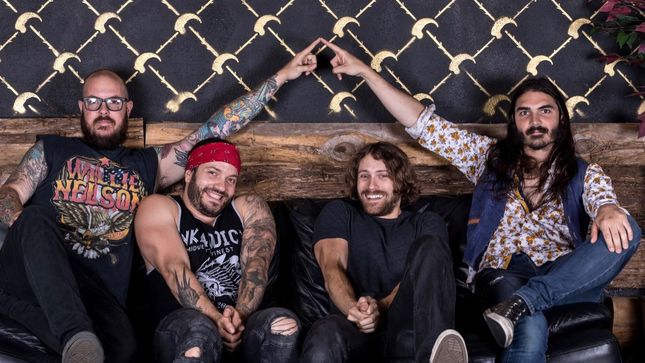 Rock band Crobot released a video for their new song, “Keep Me Down”. Directed by Mike Danger the hilarious video marks the first new music from the band in three years. The band describes the Corey Lowery produced song and video like, “a kick to the teeth and a punch to the dick, "Keep Me Down" let's all y'all mutha funkers know - Crobot's back and we're comin’ out swinging, baby!”

Crobot describes their music as “Dirty. Groove. Rock.” and has been compared to hard rock bands like Wolfmother, Queens of the Stone Age, Rage Against the Machine and Soundgarden. Frontman Brandon Yeagley has been praised for his power packed vocals and dynamic stage presence, guiding the band’s “undeniably magnetizing live shows.”

Blending funk, blues, metal and good old-fashioned rock and roll into a howling vortex of Brandon Yeagley’s vocals and Chris Bishop’s guitar, Crobot have crafted a live show of endless good time rock hooks that sound as inspired today as they would have on AOR radio in 1974.