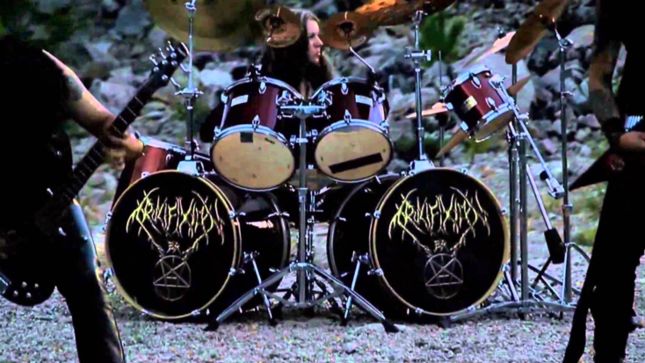 Formed in 1996 in the Rio Grande by Lord Grave War an DarkMoon, Crucifixion BR finally unleash this beast of brutality, a release full of pure hatred, raw energy and intense aggression. With the aim of creating original, diabolic black metal, a heavy influence of 80's thrash metal and death metal are thrown into the mix further expanding Hell's horizons, and also re-animating the Brazilian scene. With the combination of powerful riffs and brutal blasts by a talented female drummer, the result is the sheer essence of evil! Destroying The Fucking Disciples Of Christ was mixed and mastered at Hurricane Studio, a renowned studio southern Brazil.

"Destroying The Fucking Disciples Of Christ":