CRYPTOPSY Premier "Detritus (The One They Kept)" Music Video 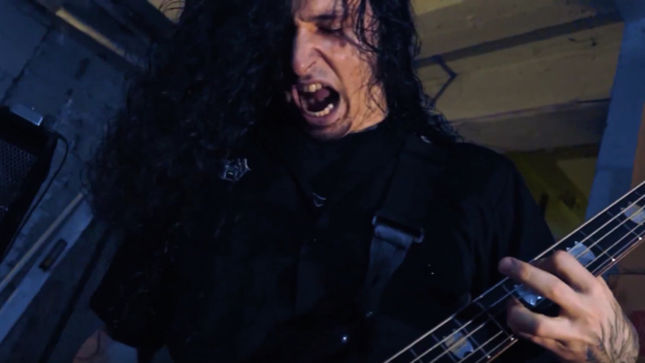 Legendary Canadian extreme metallers, Cryptopsy, have unleashed a concept video for the song "Detritus (The One They Kept)”, from their forthcoming EP, entitled The Book Of Suffering - Tome  1, set to be released on October 30th. The video is produced by Chris Kells from Front to Back Video Production.

It has been three years since Cryptopsy’s last self-titled release and many fans have expressed their eagerness to hear new material. This time, rather than a full album, Cryptopsy will release a series of EPs entitled The Book Of Suffering. This new approach will allow Cryptopsy to put out new music more often while remaining true to their standards of quality. The Book Of Suffering - Tome 1 was produced by Chris Donaldson at The Grid studio in Montreal, mixed by Jason Suecoff at Audiohammer Studio, and mastered by Alan Douches at West West Side Music.

"Detritus (The One They Kept)"
"The Knife, The Head And What Remains"
"Halothane Glow"
"Framed By Blood"

The Book Of Suffering - Tome 1 is available to pre-order via Cryptopsy’s Bandcamp page, as well as on iTunes. Upon pre-order, fans will receive the exclusive single from the EP "Detritus (The One They Kept)".

Regarding the new EP, the band commented: “We are extremely proud of the new material; it is some of the most brutal, dark and technical music we have ever created.”

Cryptopsy will beign their Canadian Rampage Tour starting October 7th through the 16th. Dates are as follows: