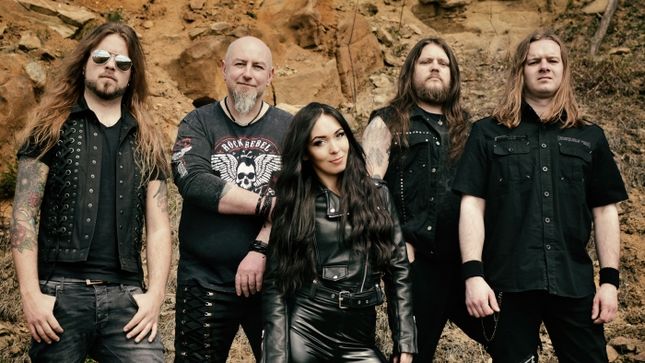 Polish heavy metal powerhouse, Crystal Viper, have started work on a new studio album, scheduled for the release in fall this year.

The seventh full length effort from Marta Gabriel and her crew will be entitled Tales Of Fire And Ice, and will be released via AFM Records on CD, limited edition vinyl LP and digital download.

"We just finalized pre-production process, and I think that a lot of our fans will be very surprised," says Marta Gabriel. "The new songs still sound like Crystal Viper, but the energy and the vibe are way, way different," she adds.

Crystal Viper's latest album, Queen Of The Witches, was released in February 2017 via AFM, and in the summer of 2018 Crystal Viper released a special limited edition 10" vinyl EP entitled At The Edge Of Time.