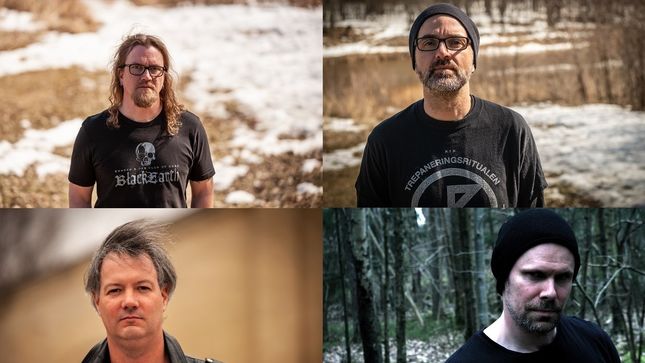 Season Of Mist have welcomed blackened industrial doom outfit Culted to the roster. The band is gearing up to release their fourth full-length, Vespertina Synaxis; A Prayer For Union And Emptiness, which will be their debut to the label.

Speaking about the signing, Culted comments, "We are grateful for the opportunity to release our music on this legendary label. To have a seat at the table amongst the ranks of so many talented artists is a great honour. We appreciate the opportunity to continue to create our sounds and share them with the world. We look forward to working with Season Of Mist and reaching a wider audience."

Culted crawled forth from the icy expanse of the Canadian prairies and the Nordic coast of Sweden. Michael Klassen and Matthew Friesen were approached by Daniel Jansson to collaborate on an international project. In 2008, these ideas began to coalesce, with fellow Canadian Kevin Stevenson joining the cult to start the recording of their first LP Below The Thunders Of The Upper Deep, which was released via Relapse Records, as well as the EP Of Death And Ritual.

2013 saw the release of the follow-up full-length, Oblique To All Paths, which was written, recorded, and produced in various closets, basements, dens, and domiciles. Now, in 2019, Culted continue their down-tempo exploration of blackened and industrial soundscapes with Vespertina Synaxis; A Prayer For Union And Emptiness. The mini-album finds its inspiration in the isolation, alienation, and damnation that dominates the rime-encrusted lands Culted inhabit.