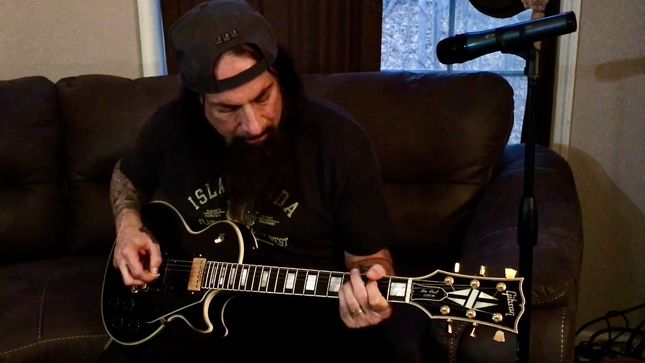 For more than three decades, NJ-based guitarist Dan Lorenzo has plied his craft in world renown acts. A new documentary (part of the About The Riff series) sits down with Lorenzo, who takes the viewer on a career retrospective.

Filled with old photos and the odd video clip, Dan discusses the music (axe in hand) and the people who helped make it, beginning with the various incarnations of progressive-minded thrasher, Hades. There's also discussions on the sludgy Non-Fiction, his solo efforts and collaboration with OverKill frontman, Bobby "Blitz" Ellsworth (aka The Cursed), leading up to his current outfit, Vessel Of Light. Lots of great US metal history. Check it out below: