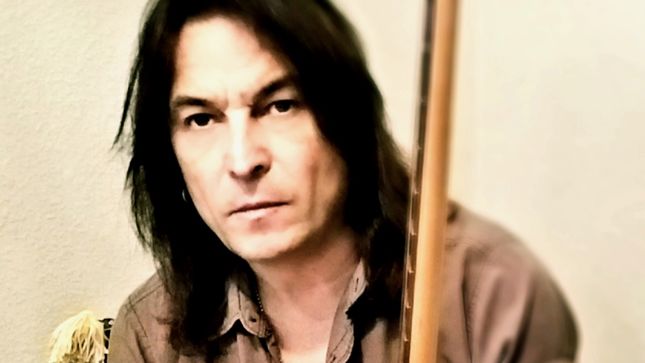 Danny De La Rosa has released the second single, "Third Wheel Man", off of his debut solo album, 12 Weekends. Watch a lyric video for the song below, and get the album here.

"This song is a tongue in cheek story of a girl who wants to bring other girls into the relationship and gets mad because her boyfriend likes it too much, but he’s happily having a hard time keeping up," says Danny De La Rosa.

From the very beginning, Danny De La Rosa has been drawn to play the melodies he hears constantly in his head. “There was something about a distorted guitar and melodies that caught my attention at a very early age. It subconsciously and consciously pulled me in.”

Music and Danny are magnets that just attract. Songwriter, self-taught guitarist Danny De La Rosa left the band Babylon A.D. in 2017 and began working on his own personal development: writing his own style of music, learning and playing the instruments and establishing his own brand of hard rock-pop.

It has always been Danny’s dream to establish his own sound. “Writing and recording is my passion. I constantly hum and have melodies in my head. I can’t wait to record a second album as I have it written already.”