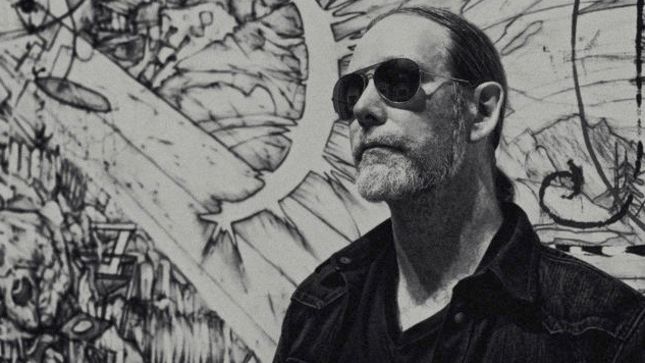 Argonauta Records will release the debut album of Mitochondrial Sun in early 2020. Niklas is best known as a founding member and guitarist of Dark Tranquillity, the Grammy nominated Swedish metal band that for nearly three decades has helped carving out an entire sub-genre and inspired musicians all around the globe. After 15 albums as a metal guitarist, Mitochondrial Sun is Sundin’s first public foray into different musical realms: Created with support from the Swedish Arts Council, the self-titled debut album is a diverse offering of atmospheric and darkly cinematic music where the songs differ wildly in expression and sonic aesthetics.

“I’m very pleased and excited to announce that the debut LP/CD of my Mitochondrial Sun project will be released on Argonauta Records early next year. The album has been a long time in the making, with some of the melodies and chord progressions dating back to the mid ’90’s, so it’ll be great to finally have it out in the open.“ Sundin comments.

“I first got in touch with Argonauta when creating the cover artwork for one of their bands and found them to be an enthusiastic and hungry label that’s not afraid to venture outside of the conventional borders. In other words, a perfect match for an experimental electronic album that covers a lot of ground and that’s hard to pigeonhole into any specific genre. This is my first solo venture in nearly 30 years as a musician, and even if I know that this style of music might not fit every metal fan, I think and hope that people will find it an interesting listen.”

Musically speaking, the Mitochondrial Sun album is largely instrumental and features everything from Dead Can Dance-like tribal atmospheres to futuristic sci-fi soundscapes. Among the guest musicians appearing are Dark Tranquillity’s Martin Brändström and renowned cello player Annika Blomfeldt. The album was mixed and mastered by Anders Lagerfors (who also contributed grand piano to some tracks) at Nacksving Studio in Gothenburg, Sweden.

The album is based around evolution and the passing of time. Juxtaposing electronic and decidedly synthetic elements with organic sound textures and the presence of real cello and grand piano, Mitochondrial Sun is an exploration of contrasts. Lush and cinematic passages collide with harsh distortion and massive futuristic soundscapes. Some songs have a traditional feel, invoking ghosts and patterns from our distant past, some are urban and desolate and some glance outward towards a future among the stars. In addition to being a musician, Niklas is also a prolific graphic designer. This visual emphasis is transfered over to to the Mitochondrial Sun project, where each song will be accompanied by an animated video further enhancing the experience and providing context.

The first single and video, “Nyaga” - whose title is inspired by a little known sci-fi novel by the Swedish astronomer and writer Peter Nilsson - will be revealed in full in October, but you can already dive into a first teaser of the track below.

Additional singles will be released before the full length album arrives in early 2020. Featuring ten songs with lots of stylistic differences, Mitochondrial Sun’s debut album is by no means an easy listen, or one designed for instant gratification - but the patient listener will be rewarded!