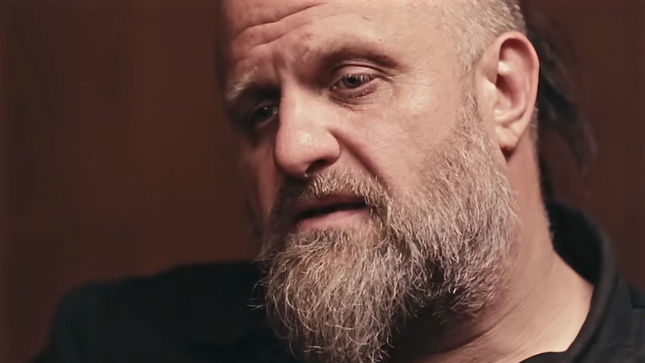 Slipknot percussionist, M. Shawn “Clown” Crahan recently thanked fans for their support after the passing of his 22-year-old daughter. Gabrielle Crahan died on May 18th.

In her obituary, published here, Gabrielle is described as "a social butterfly. Everyone that met Gabrielle knew of her outgoing personality, cheerful attitude, compassion and loving heart. She was a natural leader and stood up for those who were bullied and misunderstood. She was a feminist and a supporter of human rights and equality. Gabrielle's passions included dogs, especially pit bulls and the don't bully my breed movement. She enjoyed music, especially hip hop and country. She loved to read, go to concerts and spend time with her friends.

Gabrielle was human and struggled with drug addiction for several years. She fought it bravely and no matter how many times she fell, she would always get back up again. Not only did she fight for herself, but for others who struggled as well. If there was anything she wanted to leave behind in her memory, it was standing up for others, always being empathetic and compassionate and never giving up on the battle against addiction. In her last years she found a higher power which guided her through the tough times and the good."

Gabrielle was one of four children Shawn had with his wife, Chantel, whom he married in June 1992 in Des Moines, Iowa. Gabrielle's brother Simon and older sister Alexandria both expressed their grief over her death on social media.

Shawn released the following statement via Slipknot's social media: "Firstly: Chantel, Alexandria, Gage, Simon and I would like to thank everyone for the endless amount of love, prayers, thoughts, and kindness we have been receiving. While it is not possible for me to read and respond to each individual message & comment right now, I want you to know that we can feel the energy shared and we are so grateful. You have all proven that there is empathy, positivity, & strength in this community that we call humanity here on Earth.

"Second: There will be a funeral for my daughter Gabrielle on Sunday May 26th. Flowers may be sent to the Scottish Rite Consistory in Des Moines. Cards & condolences may be directed to Iles Funeral Home in Des Moines.

"Thank you endlessly, Shawn and family"

“Clown” shared the following picture of his daughter, Gabrielle, via social media:

BraveWords sends our sincerest condolences to the Crahan family, and everyone impacted by this immeasurable loss.