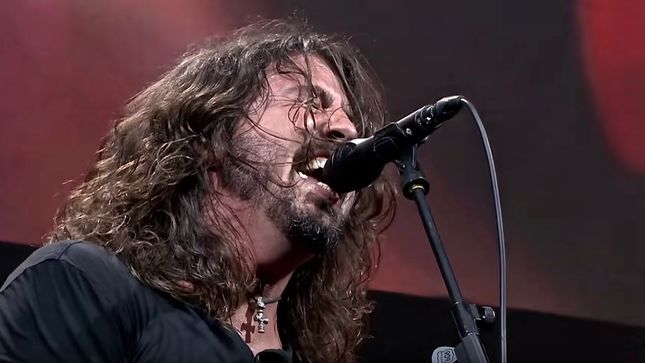 On Friday, May 10 CMW will let attendees eavesdrop on a conversation between Dave Grohl and his mother, Virginia Hanlon Grohl, where they will talk about the inspiration behind her book From Cradle To Stage, her delightful meetings with music moms and what to do when your child is a talented, charismatic prodigy. A Q&A will follow.

The Opening Keynote for CMW 2019 on Thursday, May 9 will be The Future of Radio in Canada - A Digital Revolution? by James Cridland of media.info. In this provocative talk, radio futurologist Cridland will look at international radio trends and asks what can be done to prepare for the changes ahead in the industry and beyond.

On Thursday, May 9 CMW will host a Lightning Keynote and Interview with Canada's global music business superstar Merck Mercuriadis. CEO, Founder and managing partner of Hipgnosis Music Ltd, Mercuriadis will give insight focusing on the optics surrounding the global music industry, and the creative and business geometrics needed to succeed, followed by an in-depth interview by Variety Magazine’s Senior Music Editor, Jem Aswad.

Merck Mercuriadis will then host From Usher to Bieber: An In-Depth Interview with Hit-Maker with Poo Bear. Jason Boyd - a.k.a. Poo Bear - has been instrumental in helping Justin Bieber transition his career from teen heartthrob to serious megastar driven by hits like Where Are Ü Now, What Do You Mean and Despacito. Poo Bear has also had global hits with David Guetta, Fifth Harmony, Mariah Carey and DJ Khaled and will discuss his career in this intimate conversation.

CMW is excited to host a Masterclass with songwriter, producer, composer and Songwriter Hall of Fame inductee Linda Perry, of 4 Non Blondes, on Thursday, May 9. In this masterclass, Perry will give live critiques on a selection of songs submitted in advance by artists and producer-songwriters attending this session.

Tuma Basa, the Director of Urban Music at YouTube, will also appear at CMW for a Fireside Chat on Thursday, May 9. A veteran of BET, MTV, a VP of music programming at Sean Combs’ Revolt TV, and a stint at Spotify, Tuma Basa has seen and heard the best and has the most influential ears in hip-hop. Basa will talk about his career helping hip-hop/R&B artists and labels with “direct-to-fan” platforms.

On Friday, May 10 Canadian Music Week will host The Power of Broadcast, a Keynote Presentation by Bob Hoffman from Type A Group. The Power of Broadcast will focus on how the "digital delusion" and the obsession with "precision targeting" are hurting advertisers, and why broadcast media is the key to successful consumer brand building.

CMW will also host a Keynote Interview with Robbie Robertson, who will have received the Lifetime Achievement Award at the Canadian Music and Broadcast Industry Awards Gala Dinner the night before. The Radio industry has had a long and wonderful relationship with Robbie Robertson going back to his days with Ronnie Hawkins, Bob Dylan and The Band, right up to today as an acclaimed solo artist. Hosted by Denise Donlon, the Radio and Music industry come together in this very special session in a tribute to Robertson, a true icon in the Canadian radio and music industry.

Larry LeBlanc will host a Fireside Chat with Tim Leiweke, King of Arenas on Friday, May 10. Tim Leiweke co-founded Oak View Group and formed the Arena Alliance, an invitation-only group comprised of 26 of some of the top grossing venues in North America - including Madison Square Garden, The Forum and Bridgestone Arena, creating a network that connects artists, athletes, media, and sponsors via the biggest stages in the United States of America.

On Friday, May 10, CMW will present a Featured Session with Scott Cohen, Chief Innovation Officer, Recorded Music at Warner Music Group in the United Kingdom. Scott Cohen will discuss the future of record music, and what is next in streaming, social media and the web.

On the final day, CMW will present the Fireside Chat Jermaine Dupri: The Mega-Stardom Magnet hosted by Dalton Higgins. Jermaine Dupri is a rapper, actor, record executive, producer, manager, and a prolific songwriter. He is the second hip-hop artist to be inducted into the Songwriters Hall of Fame, and had has worked with mega stars such as Destiny’s Child, Jay-Z, Janet Jackson, Usher, Sean Combs and more.

Now in its 37th year, Canadian Music Week is Canada's leading annual entertainment event dedicated to the expression and growth of the country's music, media and entertainment industries. Combining multifaceted information-intensive conferences; a trade exposition; awards shows and the nation's largest new music festival which spans seven nights of performances (May 6 - 12), with hundreds of showcasing bands at more than 40 live music venues in downtown Toronto. All conference functions take place at the Sheraton Centre Toronto Hotel, 123 Queen Street West in Toronto (May 9 - 11).